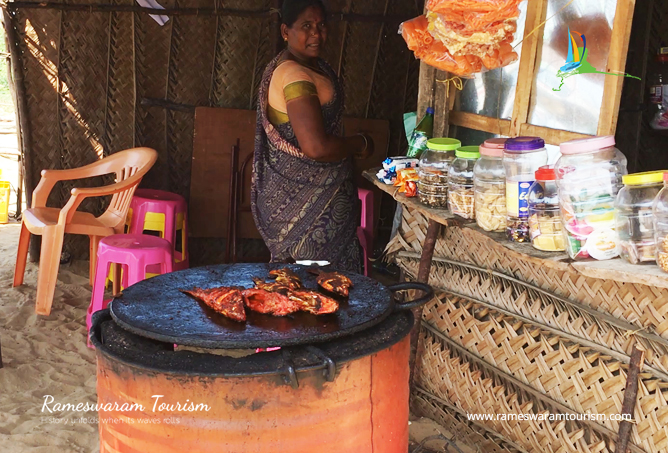 As everyone knew Dhanuskodi, a cyclone hit the town and it’s located on the borderline of Pamban Island, Tamilnadu, India. The land is bordered by one side of the Bay of Bengal and another side of Indian Ocean, which is 20 KM away from Rameshwaram. A tourist who arrives in Rameshwaram must wonder to explore this place.

The travelers have accessed this place by using off-road vehicles such as local Jeep and four-wheel drive Vans. The drive should be a long on a bumpy road, you could see demolished old buildings which was affected by the 1964 cyclones and you can see a few groups of fisher-folks family living in that land. The fisher folks can access the mainland by the jeeps or Vans and they are surviving by catching fish from the sea. There are no basic facilities or amenities over there since its abandoned town.

As history clearly stated, there were maritime trades between the Sri Lanka and India before 1964. It’s happened across the sea from Dhanuskodi to Talaimanar of Ceylon. And also Hotels, textile shops, Dharmashalas, Railway station, schools, post office, and customs office were operated in Dhanuskodi. The train service was operated up to Dhanuskodi Township from Madras Egmore to carry the passengers those who were landed from Srilanka. On Dec 22nd the black day of Dhanuskodi, the deep depression formed a severe cyclonic storm with high tidal waves and entered into the Dhanuskodi township ruined it. Around 1800 people have lost their lives and houses. The train which was left with 115 passengers has washed away from the shore. Later, the government declared Dhanuskodi an abandoned township and it’s restricted for human living.

After five decades now the abandoned township linked with the mainland of a 9.5km stretch of NH49 from Mukuntharayar Chathiram to Arichamunai and the Dhanuskodi new road is dedicated to our nation. Now the tourist won’t need to take bumpy sandy marshy terrain roadways. The new Dhanuskodi road greeting the many visitors nowadays and increase the traffic nearby Arichamunai. But there is unlucky for adventure travel enthusiastic since the adventure trip four-wheel jeeps and Van business is completely stopped.

Increasing the number of tourist and pilgrim’s arrival in the spot, the people business from Dhanuskodi has turn greater revenue and it’s leading to startup a new business for many other people in terms of cool drinks shops, thatched hotels, seafood sales, shopping and other boutique shops.